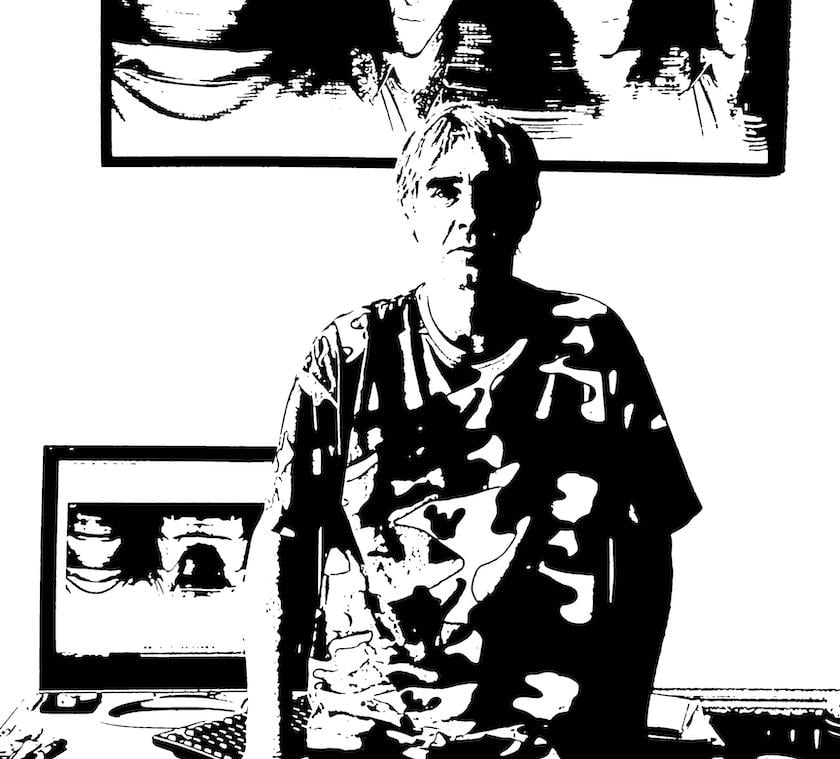 orn in 1961, I studied graphic and advertising design in Greater Manchester, 1977 – 81, qualified with a diploma in Art & Design. I moved to London in 1986 to work as a freelance illustrator in the fashion and music industries.
Using a mixture or punk photo-montage and hip hop mixing techniques created on a colour photocopier, my work was used by London Vogue and Soul 2 Soul, and cited by Creative Review magazine March 1988. In 1993, Thames & Hudson published my techno – art thesis titled ‘Strecnology – Graffix User Manual’ under the pseudonym of Various Artists.
At the same time, I was joint co-ordinator of the Tabernale Community Graffiti Project in Notting Hill, working with the London Union of Youth Clubs to promote graffiti as a positive aspect in the community. I was a founder member of ‘West London Pressure’, London’s first commercial graffiti crew. Cited in the International Herald Tribune, October 1988.
In 1996 I worked as a graphics tutor for Hammersmith Youth Education Services. As part of the job, I produced a series of handouts on the history of the alphabet. These grew  into a series illustrated guides written for artists, designers and students, on the origins and development of Writing Systems and Alphabets, the English Alphabet, Religious Symbols and Scripts and the Literacy and Numeracy Toolkit, a teaching aid to the English language, trialed at Acton College, West London, as part of their Esol tutors ‘activity day’ programme.
In 2000, I showed my work to a friend who asked “do you know anything about the magic alphabet’. I said “No” and was given access to his occult library. I had always held a fascination in magic symbols and this was the first time I had unfettered access to such detail on the subject. The three illustrated guides are a result of this occult study. As a graphic designer, my initial interest was “How and why is a magic sigil the solution to the brief and what are its origins, history and use”.